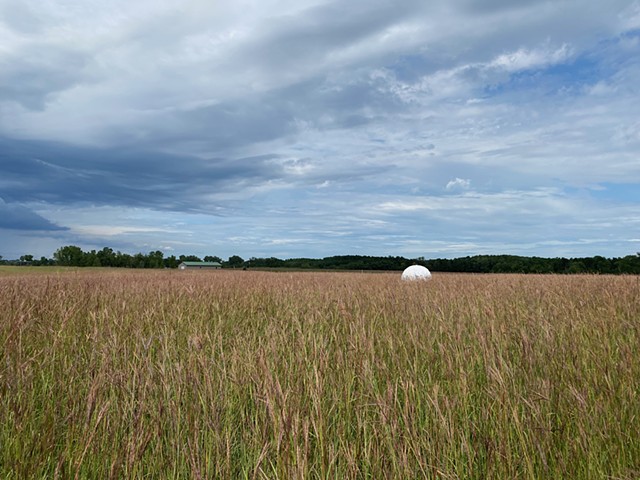 In ancient Mesopotamia, stamps carved into rounded stones called cylinder seals were rolled onto clay documents to create planar impressions of their contents. The seals were used by citizens as a means of authenticating identity in correspondence, much like signatures or fingerprints.

Roaming Stone is a seven-foot concrete sphere that bears the signature of the prairie's most skilled caretakers, the American bison. Through a process of casting the ground at Belwin Conservancy, applying the impressions to the surface of a spherical core then translating the object into concrete, a five-ton document of the land has been constructed. It's a spherical seal, a fingerprint, a memory of the prairie in the late spring of 2022. If the massive stone were to roll, the inscription of the land that it holds would be reiterated as sound is reiterated by turning a record.